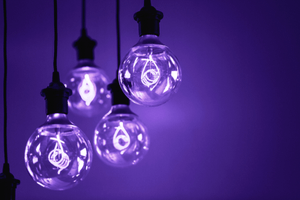 One of the mostly highly sought after minerals, wolframite is the principle component of tungsten ore. Good specimens of wolframite are hard to find, and collectors count it as a highly desirable mineral.

Tungsten ore is mined mostly in quartz veins and areas with granite intrusions, and is used for many everyday objects, thanks to its heaviness and ability to conduct heat. Wolframite is made up of iron, manganese, and tungsten oxide. Its color ranges from a lighter grey to a deep black, and its luster is sub-metallic.

The name of the mineral comes from the German wolf and rahm, which was adapted from the Latin Lupi spuma, which roughly translates as “wolf’s froth.” Georgius Agricola coined this name in the mid-sixteenth century.

Where is Wolframite Sourced?

Wolframite has been mined in numerous locations across the world, including:

Most often, wolframite is found in crystalline form. This includes prismatic, columnar, blocky, and flattened tabular crystal varieties. This is a dense mineral, which makes it heavy, and its fracture is highly variable and uneven.

Wolframite is not actually considered a unique mineral, but as a part of a mineral series, which includes huebnerite (manganese-rich) and ferberite (iron-rich). Wolframite sits closer to the middle of the series, as its manganese and iron content are generally more equal.

Granite and pegmatite dikes, sulfide veins, and placer deposits, are known to hold wolframite deposits. Other minerals that are often found with wolframite include:

The mining and extraction process of wolframite can involve either surface or underground mining. During the process, the mineral is smashed into small pieces, making it easier to extract from the tungsten ore.

Tungsten-based ores and minerals are most often used as thin filaments in electrical components (such as in lamps and televisions). It can also be used in high-temperature situations, because of tungsten’s incredibly high heat tolerance. Wolframite can also be used to create armor-piercing ammunition and other high-density tools.

Wolframite has many different and valuable uses. As leading global distributors of high-performance compounds dedicated to commercial, mechanical, and medical use, Avion Alloys is dedicated to meeting all client needs. If you are interested in a quote or would just like to learn more about how Avion Alloys can provide the materials necessary for your needs, contact Avion Alloys.