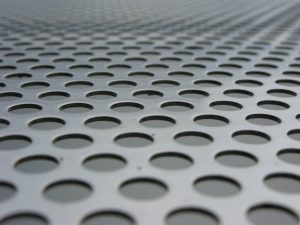 Carbon steel is a type of metal that consist of a combination of iron and carbon. The percentage of carbon added to the mix depends on the purpose for which it is being manufactured. There are multiples uses for carbon steel. Almost everything from wires to fences uses carbon steel as a basic ingredient in production. Carbon steel has also been a key element in the aviation industry.

Carbon steel is known for its hardness which makes it ideal for the construction of airplane parts. While it may be much heavier than aluminum, it is strong and less likely to deform or bend under force and heat. Airplanes must be built to withstand all of the elements of nature and carbon steel is on the forefront as a line of defense against the deterioration of aircraft parts. It is used specifically for certain components of an aircraft like the landing gear where hardness, durability, and strength are very important.

The average commercial airliners weigh around 75 tons, while the bigger jets weight about 450 tons. It is important that the landing gear can withstand the immense pressure of takeoff and landing. Carbon steel is the go-to metal for landing gear because of its ability to withstand high pressure without wrapping or becoming deformed.

Carbon steel has also been used as the skin of some high-speed airplanes. Supersonic jets use carbon steel because of its resistance to heat. As aircrafts approach supersonic speeds at over 900 miles per hour, the friction in the air causes the exterior of the aircraft to heat up. This is a similar effect to what happens when an aircraft from outer space makes reentry into the earth’s atmosphere. Aircraft engineers used carbon steel as the skin on supersonic jets as an added protective layer. It’s heat resistant/temperature controlling feature make it ideal for supersonic flights. Military jets as well as spacecrafts are build with carbon steel for this reason.

As the aviation industry continues to build bigger and better aircrafts, carbon steel will continue to be a major component. At Avion Alloys, we understand the importance of having a secure and reliable source of quality materials. With ware houses all around the country, we have positioned ourselves to meet the demands of the industry. For all your specialized metal needs, contact us today and request a free quote.